‘I have a Theory.’  Having a theory is a theme which runs throughout this movie. Generally being presented by one of the two main characters.

‘Clay’  excellently played by Rik Swartzwelder (also known for ‘The Least of These’) and who is also credited with both writing and directing this film and who – in his performance – presents his character ‘Clay’ as an engaging and appealing and a ‘reliable’ main character.

But back to my ‘theory’.  I have, as I said, a theory.  And that theory is that this film will speak right into the heart of many folk who see it and will challenge, if they allow it to, the way that many see romance and dating and indeed preparing for marriage.

Amber, his counter part and co-lead character, the recipient of most of ‘Clay’s’ theories and the focus of his affections is equally as engaging and appealing but (it has to be said) more of a free-spirit (shall we say?).

And Amber’s character is equally as well-played as a result of an excellent portrayal by Elizabeth Roberts (also known for Black Knight and World’s End)  And indeed in many ways it is the differences between these two central characters – and the resultant chemistry between them – which goes a long way to making this film as enjoyable as it is.

A former frat boy and a free-spirited woman together attempt the impossible: an “old-fashioned” courtship in contemporary America.

And yet it is so much more.  It is about honour and respect, about traditional solid Christian values being applied not in a stoic or hindering manner but in a very relevant and rewarding way within the modern day world.

But don’t miss the additional messages and back-stories within this beautiful film/movie.  Messages about being a new person (a new creation) in Christ.  About how the past seeks to destroy the future. About family and the core value of family and about finding true identity and confidence in Christ. 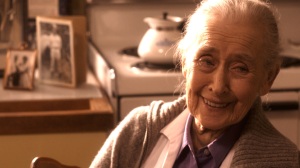 And look out for the wonderful performance of Dorothy Silver (also known for The Shawshank Redemption and Promised Land) who plays ‘Aunt Zella’.

And who (in her character role) brings encouragement, inspiration, challenge and accountability.  Things which are, in the opinion of this writer,  often far too sparse when it comes to relationships in today’s world. 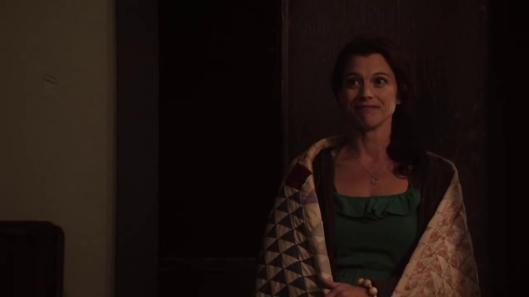 To say that this film/movie had me sitting on the edge of my seat would actually be as far from the truth as you could get.  But that is not to say that it didn’t retain my interest throughout.

Actually a truer picture and description would be that it is the kind of film which would have you and your partner snuggled up together in a blanket, sipping warm hot-chocolate drinks and buried into a big soft couch probably with your partner resting her head on your shoulder, as you watched it together.

And yes I known I am not known for being prone to such scenes of romantic behaviour and nor do I believe I have any desire to have another partner.  But those facts should if anything tell you something about just how encouraging and engaging this film truly is. And actually (since I am being candid and open about this film) watching it has been one of the extremely few times when I have questioned whether I am meant not to have another partner.

In truth I liked this film.  I liked the comparisons it brought concerning different worlds and different life choices.  I enjoyed to storyline and was encouraged and yes challenged by some of the back stories and messages.

It is a film of beauty.  Beauty of scenery (and very well presented through the cinematography) yes.  Beauty of characters also yes (ad also check out the wonderfully natural performance of Lejon Woods among others).  But more than that it is about beauty of a pure heart and a gentle spirit.  It is about healing and forgiveness and it is about love, honour and respect.

Therefore be imitators of God as dear children. And walk in love, as Christ also has loved us and given Himself for us, an offering and a sacrifice to God for a sweet-smelling aroma. (Ephesians 5:1-2 NKJV)

I have therefore no problem whatsoever in recommending it to you.

Violence: Next to None